Branching Out: WNC Cider Scene Continues to Grow with Help From Apple Country 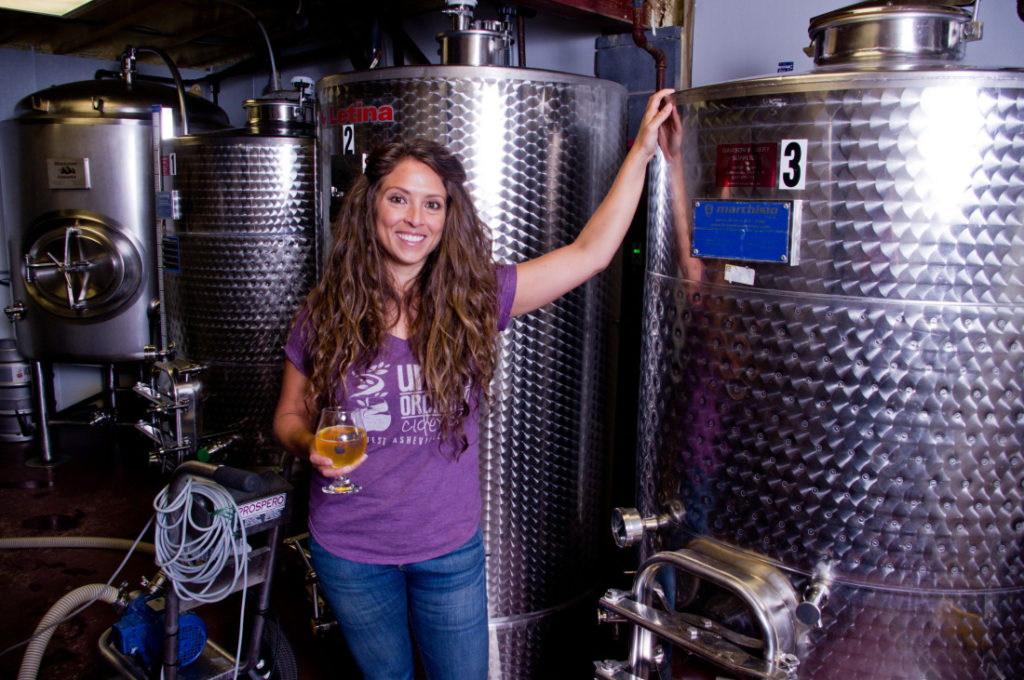 ASHEVILLE, N.C.— Western North Carolina is quickly becoming a cider hub thanks in part to Henderson County’s rank as the top apple-producing county in North Carolina and the seventh-largest in the United States overall. About 150 orchards call the Hendersonville area home, and the abundance and variety of apples in the area feed the growth of the local cider industry.

WNC cideries, as any responsible agribusiness should, prefer to source their ingredients locally whenever possible. Yet during the months of April through August, it can be especially difficult to secure enough local apples to meet production demands. Also, some unique cider flavors call for apple varieties and ingredients that are not available in WNC.

Urban Orchard Cider Co. in West Asheville has the advantage of being able to forage straight from the cidery’s garden for ingredients like herbs, spices, muscadines and persimmons. Owner and head cidermaker Josie Mielke also relies exclusively on apples from Hendersonville — mostly juice from Apple Wedge — but this decision does come with drawbacks.

“This means that we have to make as much as we can each season in order to have enough in store for the coming year’s sales. We usually age all of our ciders for eight to 12 months,” she says. “Essentially, we are always drinking the previous year’s crop, which means we spend all of our capital on juice for those six to eight months out of the year and then sit on inventory for a long time before we sell it. We like this format, though, because it allows the cider to age and mature before we drink it — just like wine.”

For Halloween, Smokin’ J’s will take center stage in the cidery’s Fire Flight, a flight of six ciders that starts with a mild jalapeño variety and escalates to one made with the hottest scorpion peppers. “I honestly haven’t come across an ingredient that we can grow locally that I couldn’t source from somewhere nearby. However, we are still small, and so the quantities that we need are not too overwhelming for other small producers,” she says.