7 Things to Know About Urban Orchard Cider Co. in Asheville 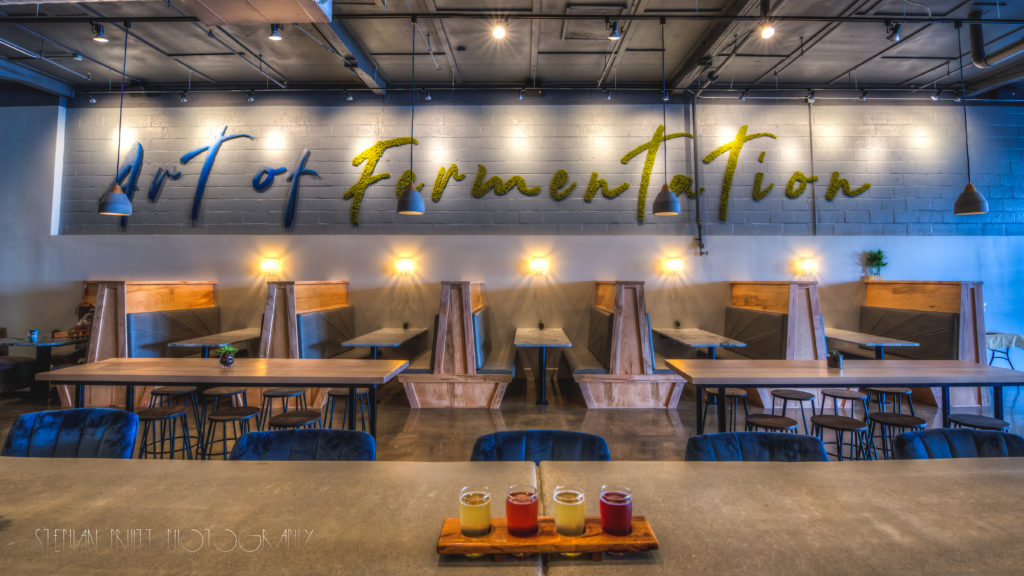 The second location of Urban Orchard Cider Co. is now open in downtown Asheville at South Slope. Here are seven things to know before the official grand opening celebration.

(1) The date of the grand opening

The grand opening celebration is kicking off October 27 with live music featuring Armadilla, with Special Affair as the headliner. There will be surprise entertainment coordinated for the entirety of the evening, and staff will dress as Urban Orchard Ciders (so clever). Guests are encouraged to don costumes as well, with the approach of Halloween.

This new expansion space underwent a seven-month buildout within the 20,000-square-foot building, according to a press release. The location, previously home to Eagles Nest Outfitters, sits at 24 Buxton Avenue.

(4) Will this be the only functioning taproom for Urban Orchard Cider Co.?

No. Ciders will continue to flow from taps at the West Asheville tasting room (210 Haywood Road). There, don’t miss ciders like the Sidra Del Diablo, a semi-sweet cider with habanero and vanilla, plus creeper spice; the Ginger Campaign, a semi-dry cider with ginger infusion; the Dry Ridge, a semi-dry cider with green apple and tropical fruit notes; and others.

(5) What to know about the ciders

Urban Orchard Ciders go through an aging process that lasts at least eight months. The ciders are made with apples grown in Hendersonville as well as a variety of yeasts. At the South Slope spot, guests can find 15 Urban Orchard craft ciders, nine Asheville craft beers and and Last Dance nitro coffee on tap, according to Urban Orchard’s Facebook. Eventually, 20 Urban Orchard ciders will be on tap at all times.

(6) The South Slope facility is now the company’s HQ

The website refers to this latest location as a tasting room, production hub and headquarters. The expansion across two locations already allowed the company to double its production capacity from 2017-2018

The new taproom space boasts an outdoor stage, dubbed Asheville’s Fun Depot Stage, with six free shows planned in 2019 from May through October. Sip and sit back to catch the music.

Next Post: Urban Orchard Cider Brings ‘Art of Fermentation’ to the South Slope