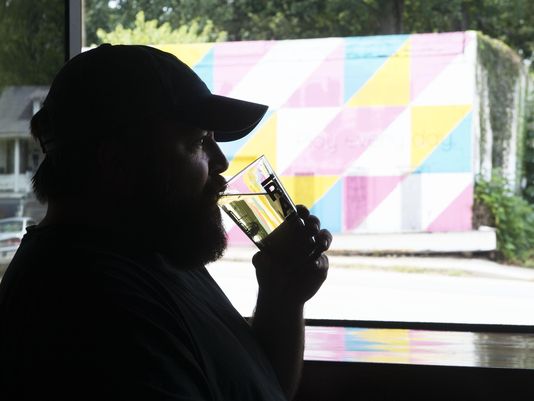 The gluten-free aspect of cider is important to many consumers, said Leah McGrath, dietician for the Ingles stores. “There has been a huge increase in the awareness of gluten-free products.” Some consumers “feel safe having something like a hard cider as an alternative to a beer.”

Among them are Josie Mielke, owner of the Urban Orchard cidery in West Asheville, who is gluten intolerant. That led Mielke, her husband Shiloh and her family to open Urban Orchard two years ago. Not satisfied with the national ciders in stores that she calls “alcopop,” they began experimenting with cider styles. The company has produced 28 ciders in two years and for Halloween will put out a series of six ciders all made with hot peppers.

“It’s a nice alternative to beer and wine,” she said. “It’s nice and crisp and clean. I don’t know if it will ever get as big as beer, but it has a lot of potential for growth.”

Urban Orchard distributes its draft product mostly to 40-50 accounts in Western North Carolina and sells take-home growler bottles for sale. A recent change in North Carolina law will allow cider makers to fill those growlers on demand rather than have them pre-filled each day.

Next Post: An Apple Tree Grows in Asheville: Our State Magazine, The Best of North Carolina